Go to the U of M home page
OneStop myU

CENSHARE was co-founded in 1981 by dog training expert Ruth Foster and internationally known veterinarian and SPH professor Dr. Robert “RK” Anderson. Foster and Anderson are famous throughout the animal world for developing the Gentle Leader dog harness, featured in 2003 in an exhibit by the Smithsonian Institution in the top 100 innovative inventions of the 20th century. 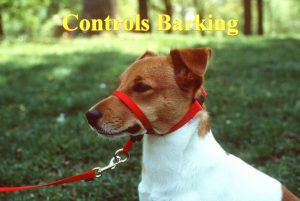 Throughout the 80’s and 90’s, CENSHARE was primarily focused on helping people understand pet behavior problems and working with local therapy and service animal organizations. Foster and Anderson led and developed a popular course on human-animal relationships and environments. The course, “Perspectives: Human Animal Relationships In Society Today,” was offered to undergraduate, professional and graduate students from 1976 to 2001. In the early 2000’s, CENSHARE continued to advocate for the importance of the human-animal interaction. Foster worked with nursing homes and other senior facilities on animal assisted therapy and developed a series educational videos about the health benefits of companion animals across a wide variety of species.

CENSHARE has long and strong roots in community organizations. Foster directed training at the Twin Cities Dog Obedience Training Club and served as president of the National Association of Dog Obedience Instructors. CENSHARE, along with more than 50 faculty and community volunteers, has contributed to international, regional and state conferences as well as outreach and research projects.

In 2015, after the passing of both Foster and Anderson, Dr. Pamela Schreiner was named as the director of CENSHARE. Schreiner comes from the School of Public Health’s Division of Epidemiology and Community Health. Schreiner envisions a new direction for CENSHARE as a center operating to connect researchers and community partners.  Dr. Schreiner’s goal is to  offer guidance in designing and conducting human-animal interaction (HAI) research, as well as to ultimately hold workshops and conferences, and train students. Schreiner’s leadership of CENSHARE continues its strong tradition of advocating for the health advantages of companion animals as well as how humans can benefit animals’ health and welfare.

Read more about us here!

CENSHARE is a non-profit organization relying on external sponsorship to continue its activities. Please contact us or the University of Minnesota Foundation  if you would like to contribute to CENSHARE’s mission.