Go to the U of M home page
OneStop myU

Animals and people have been living together for thousands of years, but the past 100 years have been extraordinary in the amount of change in those relationships. In the last 100 years, people have markedly changed their perceptions, their relationships, and their uses of animals and animal products. Many of these changes have occurred in our lifetimes.

Some of us grew up on farms and had considerable contact with livestock and wildlife. We knew that dairy cows were kept to provide milk and meat. Beef cattle and pigs were slaughtered to provide meat, and chickens provided eggs as well as meat. Wildlife, living on the farm or nearby, was often hunted by farm families to provide meat and skins.

Even though we understood, or perhaps because we understood the primary role of animals in our lives, we were often in a close relationship that gave us a perspective of our interdependence and the nature of life and death in our ecosystem. Today, less that 1% of families in the US are engaged in raising livestock; few children have seen or experienced the cycle of life and death of livestock or plants; few know first hand where their milk, cheese, eggs, meat, vegetables and fruit actually come from. 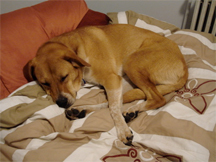 One hundred years ago, nearly all dogs were kept for herding, pulling power, hunting, tracking, or protection and were seldom allowed in the house, almost never in the bedroom. Today most dogs in the US are kept in the house for companionship and only occasionally kept for work.

Current studies also show that 60-80% of dogs sleep with their owners at night in the bedroom, either in or on the bed. This indicates the closeness of a relationship and is a major change in our attitudes towards treating pets as family. Today the media and most people consider pets as part of their families.

One hundred years ago, cats were kept to hunt down and kill intruding mice or rats. By watching cats, we as children saw an example of the prey-predator relationship and learned the utilitarian reasons for life and death. Today, people are shocked and consider it cruel when a cat expresses its natural instinctive behavior to kill a mouse or bird, bring it home, and lay it before the mistress of the home.

Bird lovers and ecologists are now advocating keeping all cats in the house to protect some bird populations, which studies show are being decimated by cats that kill birds even though the cats are being fed in their home. One hundred years ago, nearly all cats were kept outdoors, and only a few were allowed in the house. Today, studies show that the majority of cats in homes sleep in the bedroom at night, and most sleep on or in the bed indicating the close relationship of pets as members of the family.

Our institutions have also changed. The first humane society was established 1866 in New York City as the American Society for Prevention of Cruelty to Animals. Currently there appear to be more than 5,000 humane and rescue groups for animals in the US. Fifteen years ago, we recognized that unwanted behavior was the greatest cause of death for dogs and cats—more than all deaths from disease. Each year more than 20 million otherwise healthy dogs and cats were being abandoned to animal agencies and shelters for euthanasia. Harsh training methods devised for the military in the 1890’s were failing with new generations of pet owners who wanted gentler and more humane methods of training. The death of healthy animals for unwanted behavior became unacceptable. Today, behaviorists and trainers are teaching people to use more natural and scientific management methods that are gentler, help animals to learn more quickly, and are more humane. 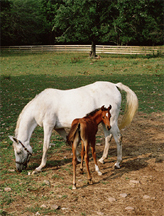 One hundred years, we used to speak of ‘breaking’ horses to being ridden by a person. Today we speak of ‘gentling’ horses to being handled and ridden by people who consider horses as companions. In the last 20 years, a veterinarian, Dr. Robert Miller, has helped to change the horse industry by demonstrating that imprint training of a foal in the first several hours and days after birth can increase lifelong gentle responsive behavior of horses to people and environmental stimuli. Today, with scientific understanding of natural behavior, we are seeing a revolution among horse trainers to accept kinder, gentler methods to manage behavior of horses.

Today we have multinational and multicultural recognition of the mutual benefits of the human animal bond to health and spirit. Animals offer companionship—someone to talk to who will not criticize. They are living responding beings to touch or hug with emotion. Animals keep us alert and help fulfill our need to nurture and comfort others.

A book of human animal bond stories, Chicken Soup for the Pet Lover’s Soul, has sold more than one million copies in its first year. Several hundred other books about people and their pets have been published in the last ten years. Author Susan McElroy in her book, Animals as Teachers and Healers, illustrates our increasing connection to animals. Hallmark Cards has developed a huge market for pet cards. Comic strips often depict animals as members of our families. A case in point is the dog Snoopy in Charles Schultz’s comic strip Charlie Brown that has the largest readership in the world. 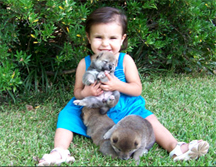 Today, it is socially acceptable to grieve the loss of a pet, to carry pet pictures in your wallet or purse, to celebrate your pet’s birthday with a party, to have pet medical insurance, and to buy special food. The newest trend is to buy special clothes for pets. Today in the US, we own over 120 million dogs and cats and a total of 1.2 billion animals of many species as pets.

In 1900, we didn’t recognize or allow ourselves to openly discuss and enjoy the bond between people and animals as we do today. Does this mean that the bond was not present 100 or 1,000 years ago? No. This bond has been present and often spoken of in religion, mythology, folk tales, cave paintings, and architecture for thousands of years in cultures around the world. It is in our instincts to respond deeply to the soaring flight of the eagle, the call of the loon, the roar of a lion, the howl of a wolf, and the nursing call of a baby animal. What is remarkable about the last 100 years is that we have been actively seeking knowledge to better understand and express our kinship with animals, plants, and our ecosystem on this planet earth.

For the moment, enjoy the wonderful connection between people and animals, domestic or wild, whether it be cats in your living rooms or birds outside your windows. Get in touch with your attitudes and beliefs about the place of animals in your life and in the environment. Then go one step further and think about how your attitudes and beliefs can be transformed into actions that positively affect the human animal bond and the future of our ecosystem.

CENSHARE is a non-profit organization relying on external sponsorship to continue its activities. Please contact us or the University of Minnesota Foundation  if you would like to contribute to CENSHARE’s mission.